The House on Orange Valley Road 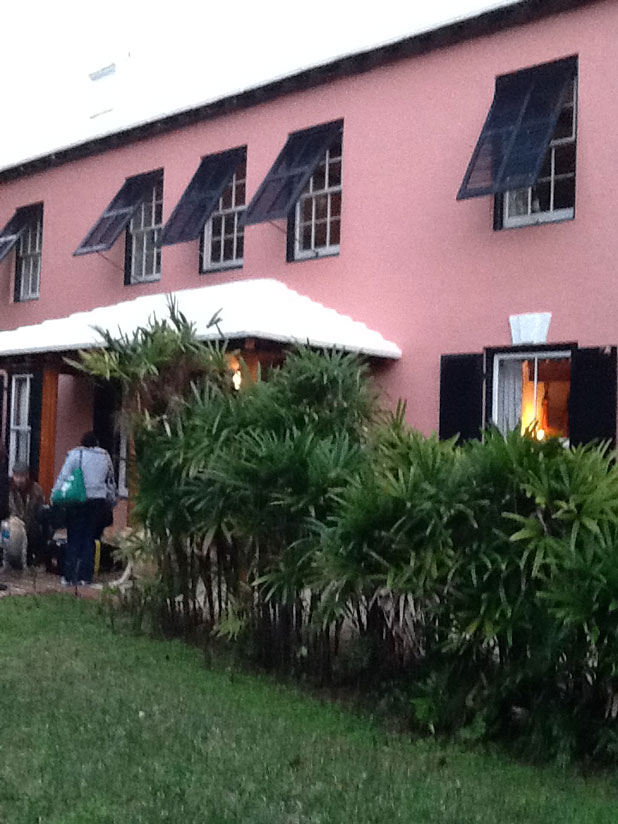 Sea Captain William Cox built an estate on 15 acres of a citrus grove at the corner of Orange Valley Road and Parson's Lane, Devonshire Parrish, Bermuda.

For six generations, the descendants of William lived, worked and died on the grounds of the estate, each generation >carefully preserving the lifestyle, furniture and traditions of the succeeding generations. The house contains some of the most beautiful examples of Queen Anne period furniture on the island. Each generation also went to the expense of having their portraits painted in oil, so that now, one merely has to walk the halls of the main house to see the faces of every descendant of Captain William who has occupied the house. 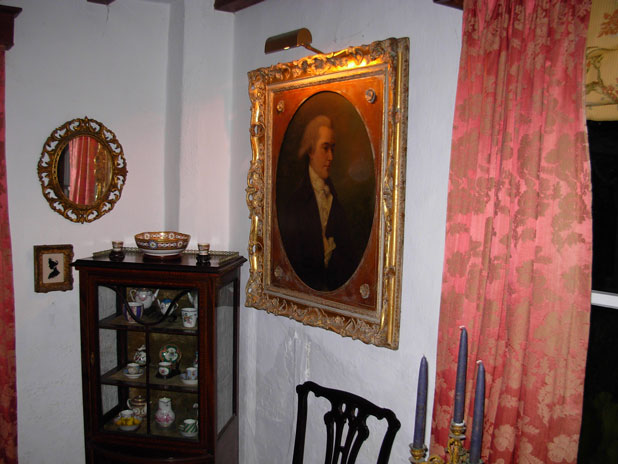 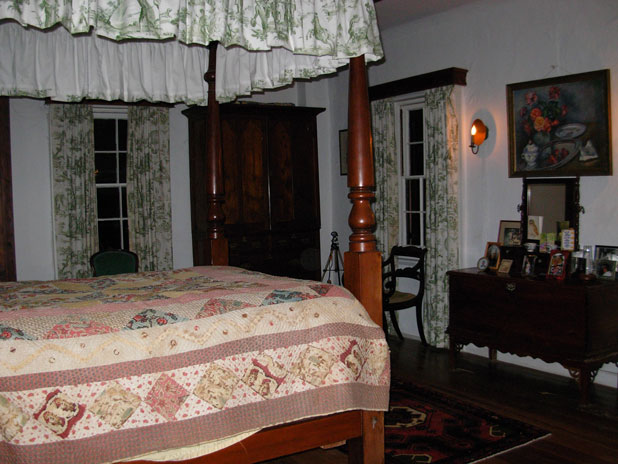 John Cox, the current heir to the estate, is born. Growing up in the house, John experienced many instances of Paranormal Activity. Today, he is a kind, gentle man who has authored numerous books on Bermuda. Besides residing in the house, and his successful business career, he looks at his life as the present guardian of the family heritage and almost as a curator of a museum. 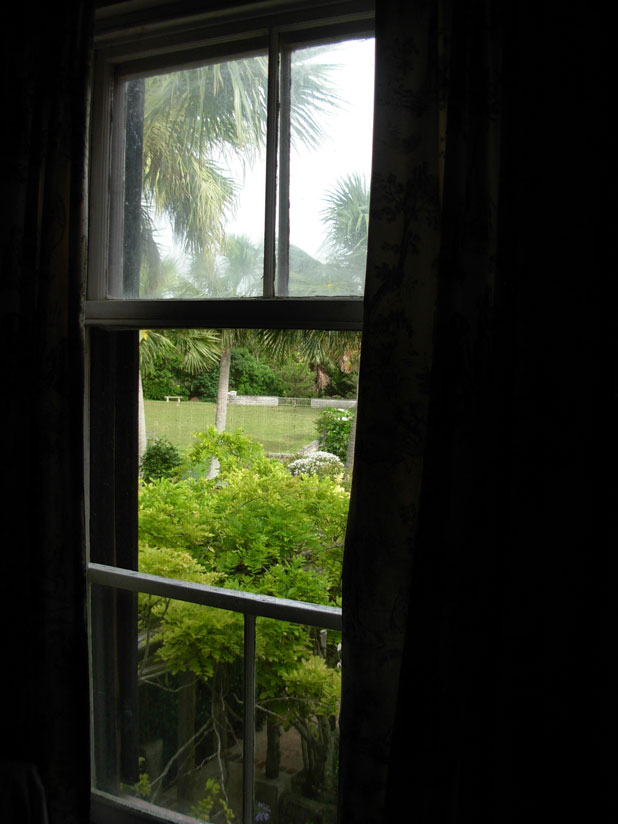 We first met John Cox in June of 2012 and became fast friends. He shared stories with me about the numerous hauntings that he, his family and many guests to the estate, have witnessed over the years. These included;

John's Brother, now an adult, occupies a bedroom that was originally a kitchen on the ground floor. He is awakened occasionally and has witnessed a young man of African descent, standing near his bed. As the apparition disappears, the smell of bacon is detected. The family began calling this apparition, "Bacon Boy." A search of the family records revealed that a young slave had died in that room in the early 1800s. 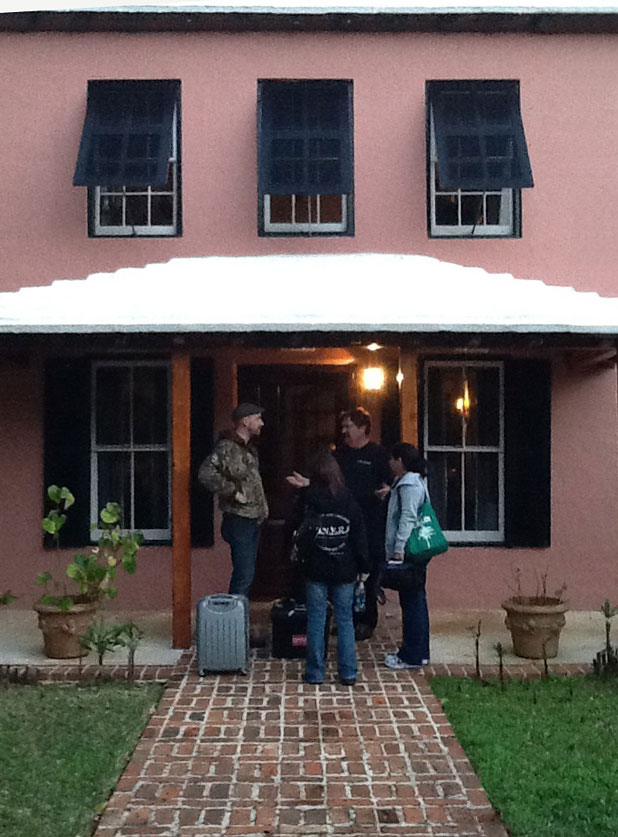 On February 9, 2013, we assembled a combination of the U.S. and Bermudian G.O.N.E.R.S. Teams at the Orange Valley address. In attendance were (U.S.) Kurt Knapp, Melanie Knapp, Kellie Gilbert and (Bermuda) Sandra and Marc Boden. John Cox, Elka Marizano (a local opera singer) and Jesse Moniz, reporter for the Royal Gazette newspaper and news photographer, Glenn Walker. As we assembled in the main foyer, I couldn't help but think that we looked like the cast of an Agatha Christie play. The sound of the wind outside, blowing at 50 mph gusts caused us some problems with audio recording but we were able to conduct a thorough investigation. In an upstairs bedroom, now occupied by John, we captured the sound of a woman crying, sobbing almost uncontrollably. 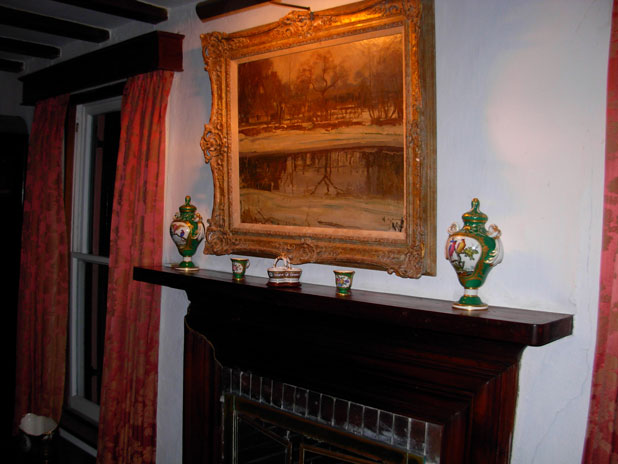 We later discovered that two woman had died in that very room in the 1800s, one of Yellow Fever and one of Pneumonia. We later learned it is considered a common occurrence to hear such crying in that room.

We also witnessed what appeared to be a black, shadow figure, appear near a coffee table in the main parlor of the house during an EVP session. In the interest of full disclosure, of the four people in the room, three could see it and one could not. However, at that very instant, an infra-red, motion activated camera tripped and took several pictures, none of which show anything unusual.

On the second night of the investigation, we had two important events. The five investigators were conducting an EVP session in a bedroom once occupied by Mary Dill Cox, the wife of Captain William Cox. During the session, a flashlight, new and purchased that day, suddenly turned itself on. The flashlight was not set or adjusted as some paranormal team's do, by turning it on then loosening the back, in the idea that it is easier for a spirit to turn the light on in response to questions. We do not do this. In fact, I believe it is about as unscientific as one can get. Any little vibration can turn the light on, not just manipulation by a spirit. That being said, we found that we could engage in communication with whatever had turned the light on by asking it to turn the light on for "Yes" and not turn it on for "No." 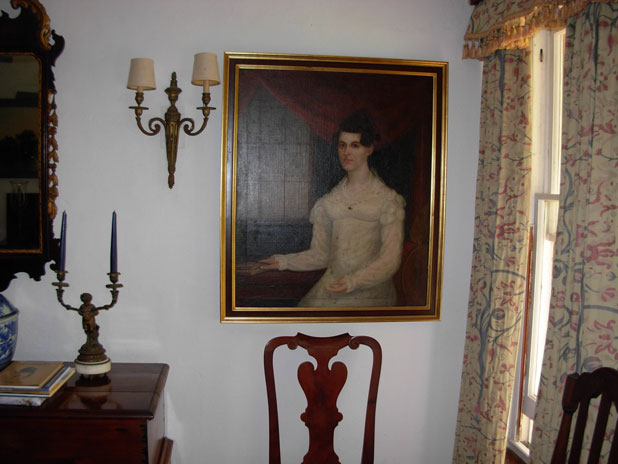 We asked a series of questions for the next 15 minutes, everything from "Are you Mary Dill?" Yes, to "Would you like a cup of tea?" Yes. Some questions answered in the negative were, "Do you want to leave this house?" No. "Are you afraid of us?" No. I was careful to time the responses to see if there was a pattern to the flashlight turning on. It was completely random and only in response to questions. We went for long periods (2-3 minutes) without asking questions and the light would not turn on until we asked another question that was answered in the affirmative. After the investigation, we examined the flashlight at length and could not make it turn on without using the switch. 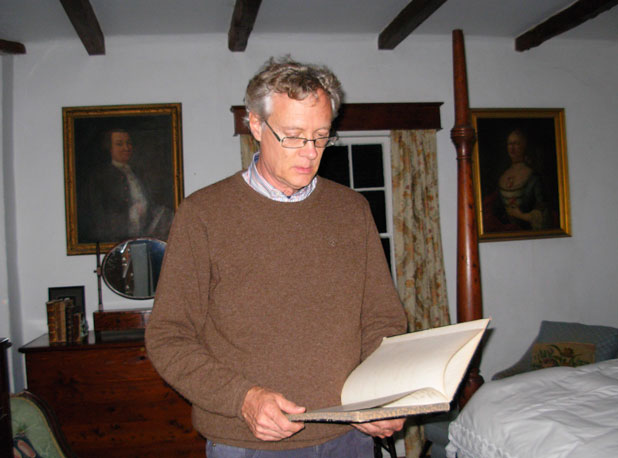 The second important event that night was an EVP session with John Cox present, in the bedroom where we had captured the sound of the woman crying. John read at length from the old family record book, of events in the lives of his predecessors, their deaths and the lives and deaths of the slaves the family kept prior to 1817, when slaves were emancipated in Bermuda. It was a very moving time for all present and clearly effected John, who later described it to me as a "catharsis" for him. Strangely, at the conclusion of the reading, all present detected the smell of roses or rose water in the room, although there was neither present. All agreed the room and indeed, the house, had taken on a much lighter, friendlier feel. I firmly believe that we helped John and whatever spirits occupied the house to a calmer existence.