The William Ranney House: The Conclusion

The client may be involved in this 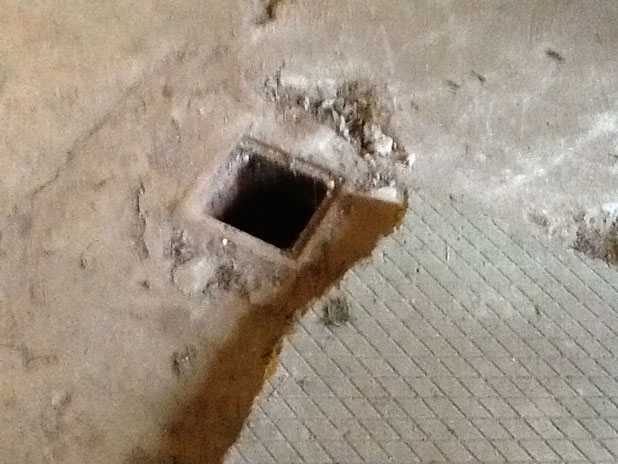 The old well in the cellar of the Ranney House—Could this be a portal through which the spirits are coming? The producers with Discovery's Destination America called this "The Well to Hell."

The old well in the cellar of the Ranney House—Could this be a portal through which the spirits are coming? The producers with Discovery's Destination America called this "The Well to Hell."

It is the opinion or both Karen Hollis and I that our client at the House in Cromwell, Connecticut., is either clairvoyant, a sensitive or empath. Mark Corvo doesn't fully understand his gifts; in fact, one might say that for a portion of his life, he lived in denial of them.

He has described events in his life to us, especially events in his youth, when he had insights that only someone with a type of psychic ability would experience.

We also believe that his experiences living in a house with a great deal of paranormal activity has taken a toll on him both mentally and physically.

Karen and I determined that the best way to give Mark some peace of mind and possibly some closure would be to meet with him and hopefully help him understand his ability and how to shut down his gift when he needs to and thereby give his mind and body a rest.

It is a fairly well known fact that clairvoyants and psychic mediums live a shorter life, on average, than "normal" people. There are a dozen explanations why this is so, but the most likely seems to be that mediums take on others peoples (both the living and dead's) emotions and even sickness and physical pain. This takes a tremendous toll on the physical and mental wellbeing of a gifted person.

We therefore had the following conversation with Mark:

It may not necessarily be a good idea, if you are not a voodoo practitioner, to have a symbol of Papa Legba in your home. 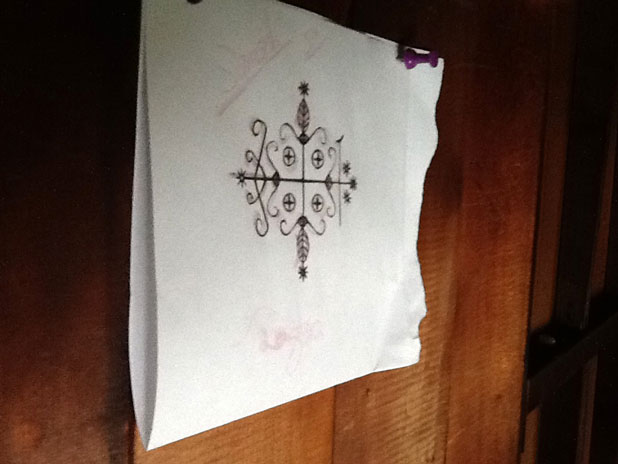 Mark has asked us in the past, why we think he is able to see, and hear things that only mediums and clairvoyants do? We explained our thoughts on this as detailed above.

I asked Mark to picture a two dimensional, dark landscape with a pinpoint of light on it. That pinpoint is Mark. The dead from all over are attracted to him because they know he will be able to hear and see them.

Karen explained to Mark that he has the power to shut off his gift and take a break from it. In fact she recommended he do so on a regular basis. Then when he is emotionally and physically rested he can "open" again if he wants.

I explained to Mark that I believe there has been a sort of battle going on for his mind and soul between the entities in the house who like and protect him and the ones who want to do him harm. I believe also that through prayer and the right frame of mind, Mark has been able to win this battle. Karen has also given him some virtual tools to work with his sensitivities.

After the investigation, the Ghosts of New England Research Society was interviewed for the most highly-rated episode of "A Haunting" that had ever aired to that date.