The Slaves and Freed Blacks Cemetery 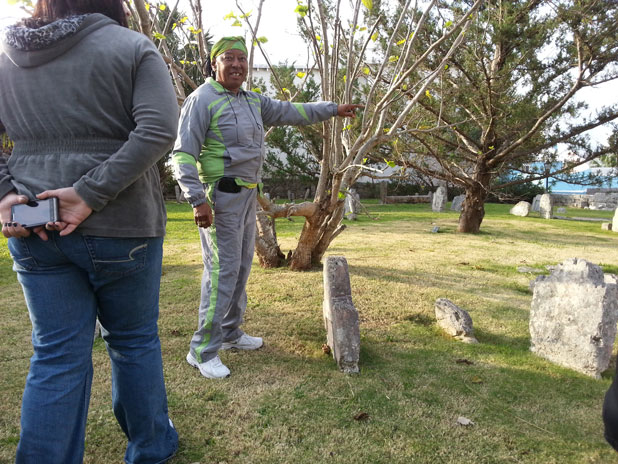 Behind St. Peter's Church, St. Georges, Bermuda, sits one of the oldest cemeteries in the Western Hemisphere. The church itself dates to 1609. For 400 years, the aristocrats of Bermuda buried their dead in this hallowed ground. Family tombs with names like, Walker, Stowe and Hubbard are still legible on granite headstones.

It was a beautiful, clear warm morning, as the G.O.N.E.R.S. Crew walked through the cemetery on a sort of tour orchestrated by our Taxi driver, Merle, (pronounced Mer-lee) whom we had become quite friendly with as she was the only driver we used while there.

We walked further along to what appeared to be the end of the cemetery at a fairly high, rock wall. We followed Merle as she walked along next to the wall, recounting stories of old Bermuda and the days when slavery was legal, prior to 1817. She suddenly stopped at an opening in the wall and turned to face us. Her eyes cast down on the ground, pointing through the opening, she said simply, "This is where my people are buried". 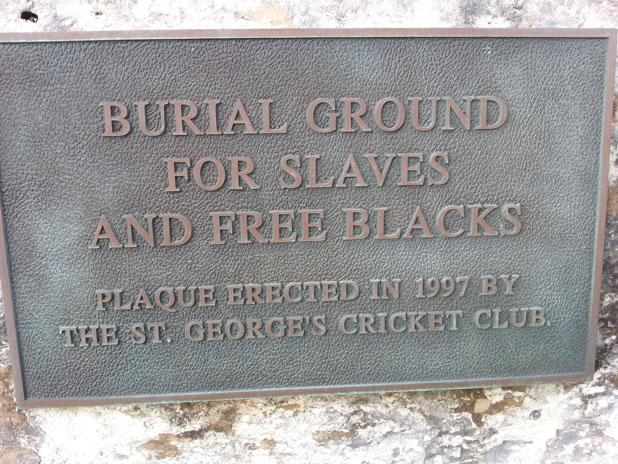 I noticed a plaque on the wall that said "Burial Ground for Free Slaves and Blacks."

As we passed through the opening, it was quickly apparent that although this was an area attached to the Church, it was not for what was considered, "the upper crust" or the "elite" of old Bermuda, in other words, the English. The headstones were made of well weathered native Limestone. No granite here. The names for the most part were not legible. Merle led us to the grave of James Darrell, 1749-1815, a slave who was granted his freedom after he saved a British ship from destruction on the reefs of Bermuda, by his superb piloting skills. Merles husband, Karl Parfitt, is a direct descendent. She was obviously very proud of this. She then said she would meet us at the taxi when we were ready.

I stood there pondering man's inhumanity to man. The idea of slavery has always been especially repugnant to me. That one group of people would enslave and force another group to serve them, strips them of all humanity, both Slave and Master. Even though the people in this part of the cemetery were Freed Blacks, they were still Blacks, and according to the law at that time, could not be buried in the part of the cemetery closer to the church. Even in death, they were to be reminded that they were considered "lesser people". The age old way that one race has justified the enslavement of another race. At least slavery in Bermuda was ended 1817 by Royal Decree. Our own country took quite a bit longer and cost the lives of many, many soldiers.